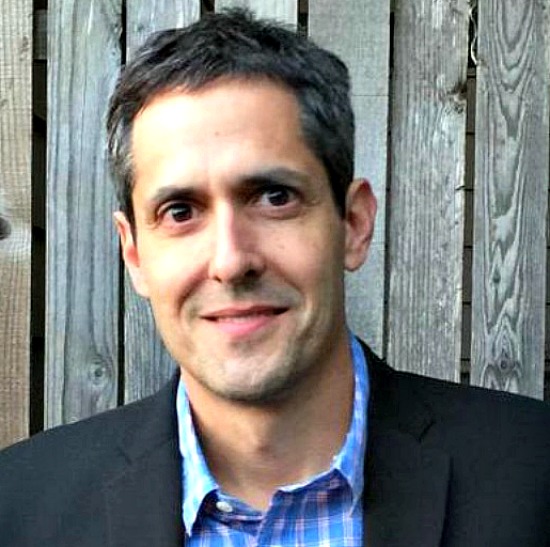 Mark Follman is the national affairs editor at Mother Jones. Since 2012, his in-depth investigations into mass shootings, child gun deaths, and the financial costs of gun violence have been honored with multiple journalism awards. Mark is a former editor of Salon and a cofounder of the MediaBugs project. His reporting and commentary have also appeared in the New York Times, The Atlantic, Rolling Stone, the Los Angeles Times, USA Today, and on Fox News, MSNBC, and NPR‘s All Things Considered.

In July 2012, Mark and his team at Mother Jones created the first open-source database on mass shootings in America. Mark’s team also learned that a large number of mass shooters have modeled their attacks on previous mass shooting incidents. His recent article, Inside the Race to Stop the Next Mass Shooter, was the cover story for the November-December issue of Mother Jones.

Mark agreed to talk with me about the important issue of gun violence in the U.S., along with his in-depth investigation into the practice of Violence Threat Assessment and how it seeks to prevent mass shooting.

I understand that you are the national affairs editor at Mother Jones. How would you describe your role within the organization?

As the national affairs editor at Mother Jones, I help run our coverage of national news events. I also oversee other investigative projects that are similar to the investigation into mass shootings. For the past 3 years, I have spent the majority of my time researching and writing about various aspects of gun violence.

What sparked your interest in writing about child gun deaths, the cost of gun violence and mass shootings?

I began focusing more intensively on the topic of gun violence after the July 2012 mass shooting at the Century 16 movie theater in Aurora Colorado. I wanted to know how frequently this type of attack occurred and found that no database existed. I wanted to know more about who was carrying out these crimes, how and why. So, I set out to answer those questions, beginning with building the database.

What are the most significant and/or surprising things you’ve learned about mass shootings and gun violence?

We soon learned that public gun massacres, while still relatively rare, have increased in frequency in recent years. There is some debate around that, and it is focused primarily on the definition of “mass shooting.” We focused on gathering data on seemingly indiscriminate mass shootings that took place in public, in which four or more victims were killed. This is consistent with the FBI’s long-standing definition of mass murder, though there is really no official definition for “mass shooting.” We did not include family/domestic murders in private homes or gang-related attacks—those are distinct crimes with different policy implications.

Our conclusion that the incidence of mass shooting has increased over the past several years, has since been corroborated by the FBI Active Shooter study and an independent study conducted by Harvard researchers using the data we collected.

It was also striking to learn that the vast majority of mass shooting perpetrators, more than 80 percent of them, had used legally obtained firearms.

Another important finding was that many mass shooters have serious mental health problems, and some show signs of that, prior to attacking. But there is a crucial point to keep in mind here: This is not the same as a causal relationship between mental illness and violence. A large body of research shows that most people with mental illness are not violent. What we found was that many mass shooters had mental health issues, along with many other factors that contributed to their actions. But mental illness by itself is in no way predictive of who might commit a mass shooting.

Have your goals changed at all since you began writing about gun violence? If so, how?

There is still a lot that we don’t know about our nation’s problems with gun violence, which are significant, to say the least. Research into gun violence has been suppressed for nearly two decades, primarily due to politics surrounding the issue. This lack of awareness and understanding exists even in law enforcement, education, and mental health circles. This keeps me motivated to continue to shed more light on problems of gun violence through data-driven reporting.

Is there anything else you would like my readers to know?

It’s difficult to prove that a practice is effective at preventing violence, if that violence doesn’t in fact occur. How do you measure that? You’re proving a negative. But from what I’ve learned about threat assessment, while it is not a solution on its own—clearly the availability of guns and access to mental health care have to be part of comprehensively addressing mass shootings—it seems to be a promising strategy in at least some cases. Having attended the ATAP (Association of Threat Assessment Professionals) conference this past August, I learned a lot from listening to experts among the 700+ member attendees. I think it’s interesting that threat assessment teams are now required in three states for public higher education institutions (Virginia, Connecticut and Illinois), and in one state (Virginia) for Pre K-12 schools, with the possibility of another state on the horizon (Oregon). That suggests it’s increasingly being seen as a useful tool for combatting this problem.

I have been surprised at how powerful the response to the article has been, from the general-public, media, law enforcement, mental health professionals, and educators. I think there is a lot of desire to have the sense that something can be done to help stop mass shootings, that it’s not just a hopeless problem that will go on and on. Some of my colleagues in the media have responded quite positively to the idea that they might want to rethink their role in the copycat effect. Knowing what we know now from forensic investigations of mass shooters and how the media can affect them, I think this is a valuable conversation for us to be having.

I want to express my sincere thanks to Mark for taking the time to share what he’s learned with my readers. If you have not yet read Mark’s enlightening article, Inside the Race to Stop the Next Mass Shooter, I highly recommend doing so. Mark can be contacted at mfollman@motherjones.com. 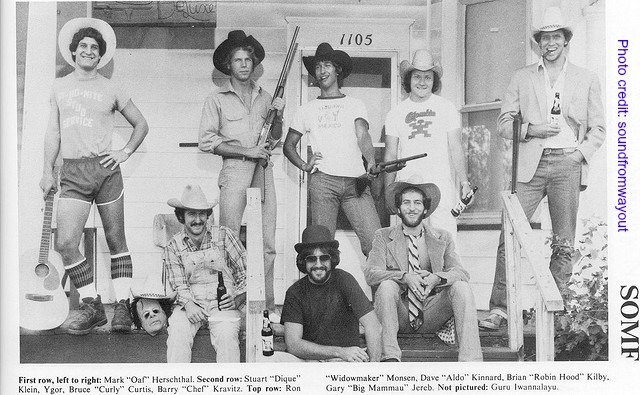 Huffington Post recently reported that students attending one Nebraska high school will now be able to pose with their guns in senior portraits to be published in their school yearbook. The reasoning is that hunting and other firearms-related sports are a big part of the community and students should be allowed to pose with an object related to their sport or hobby.

Students will not be allowed to point the gun at the camera or brandish the weapon. Photos must be “tasteful”. The school board voted 6-0 to approve the policy change.

Nebraska prohibits guns on school property, yet allows them in their yearbook. Does this condone the use of weapons by teens? Does it model behavior considered inappropriate for a school setting? I’d love to hear your thoughts.  You can email me here.

The Brady Center to Prevent Gun Violence has worked tirelessly for many years to end gun violence. In an effort to educate parents, schools and communities about the role guns play in school violence, the center has cited the following facts:

No one ever intends for anything bad to happen to their child or anyone else’s, but it is easy to overlook some basic safety actions that can save lives. Let’s remind everyone to take precautions when storing guns.

A number of theories about preventing violence have made their way into the media over the past few years.

When I teach about violence threat assessment, we discuss the distinction between dangerousness as a trait and making a prediction that violence is likely to be perpetrated by a specific individual. We also talk about what threat assessment is and what it isn’t: it’s about preventing violence rather than predicting it.

The American Psychological Association has posted a series of scholarly articles on the prevention of gun violence. The following excerpt is from a more extensive article written by Dewey Cornell, PhD, and Nancy G. Guerra, EdD, and addresses this topic.

“Research has moved the field beyond the assessment of “dangerousness” as a simple individual characteristic applicable in all cases to recognize that predictive efforts must consider a range of personal, social, and situational factors that can lead to different forms of violent behavior in different circumstances. Moreover, risk assessment has expanded to include concepts of risk management and interventions aimed at reducing risk

In making predictions about the risk for mass shootings, there is no consistent psychological profile or set of warning signs that can be used reliably to identify such individuals in the general population. A more promising approach is the strategy of behavioral threat assessment, which is concerned with identifying and intervening with individuals who have communicated threats of violence or engaged in behavior that clearly indicates planning or preparation to commit a violent act. A threat assessment approach recognizes that individuals who threaten targeted violence are usually troubled, depressed, and despondent over their circumstances in life. A threat assessment leads to interventions intended to reduce the risk of violence by taking steps to address the problem that underlies the threatening behavior. Such problems can range from workplace conflicts to schoolyard bullying to serious mental illness. One of the most influential threat assessment models was developed by the U.S. Secret Service (Fein et al., 2002; Vossekuil, Fein, Reddy, Borum, & Modzelski, 2002) and has been adapted for use in schools, colleges, business settings, and the U.S. military.

The limited ability to make accurate predictions of violence has led some to question whether prevention is possible. This is a common misconception, because prevention does not require prediction of a specific individual’s behavior. For example, public health campaigns have reduced problems ranging from lung cancer to motor vehicle accidents by identifying risk factors and promoting safer behaviors even though it is not possible to predict whether a specific individual will develop lung cancer or have a motor vehicle accident (Mozaffarian, Hemenway, & Ludwig, 2013). A substantial body of scientific evidence identifies important developmental, familial, and social risk factors for violence. In addition, an array of rigorously tested psychological and educational interventions facilitate healthy social development and reduce aggressive behavior by teaching social skills and problem-solving strategies. It is important that policymakers and stakeholders recognize the value of prevention.

Prevention measures also should be distinguished from security measures and crisis response plans. Prevention must begin long before a gunman comes into a school or shopping center. Prevention efforts are often conceptualized as taking place on primary, secondary, and tertiary levels:

* Primary prevention (also called universal prevention) consists of efforts to promote healthy development in the general population. An example would be a curriculum to teach all children social skills to resist negative peer influences and resolve conflicts peacefully.

* Secondary prevention (also called selective prevention) involves assistance for individuals who are at increased risk for violence. Mentoring programs and conflict-mediation services are examples of such assistance.

*Tertiary prevention (also called indicated prevention) consists of intensive services for individuals who have engaged in some degree of aggressive behavior and could benefit from efforts to prevent a recurrence or escalation of aggression. Programs to rehabilitate juvenile offenders are examples.”

I believe we need to focus on prevention, and be prepared to mitigate harm if those efforts are not enough. If you’d like to learn more, simply click here.