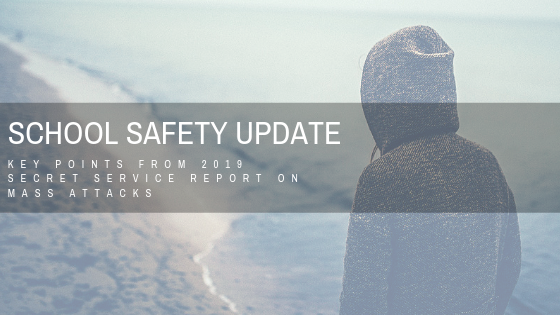 The Secret Service National Threat Assessment Center released its review of 2018 Mass Attacks in Public Places in July. While the full report can be viewed here, key points relevant to schools include:

As you can see, this report echoes the previous year’s report and a great deal of research and literature on prevention efforts such as threat assessment. If you don’t already have a threat assessment protocol in place in your school district, perhaps the time is now.