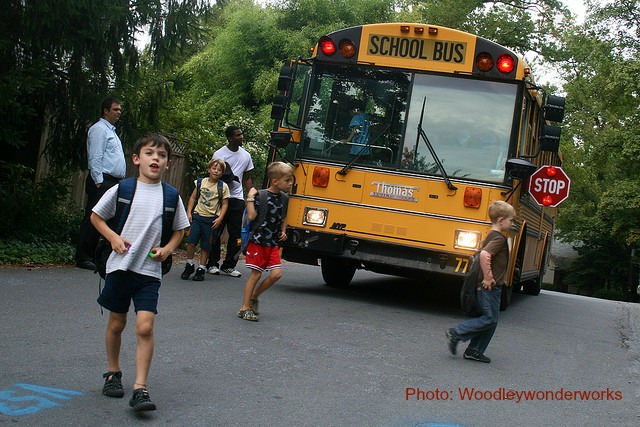 School is back in session and along with academics, school safety is on the minds of many. While school violence is still quite rare, we hear about it happening more often than we’d like these days. Preventing violence in the first place is paramount, and while we may have our crisis and safety plans in order, we need to give some thought to all of the hazards that can come our way.

Don’t forget about this hazard

It’s not unusual to forget about some of the most common threats to student and staff safety. Have you considered the impact of domestic violence on your school?

A school is a workplace, and domestic violence finds its way into the workplace on a regular basis. You may have an employee who is a victim of domestic violence and you might not even know it. An especially high-risk time for that person, and for those around him or her, is before, during, and after a relationship break-up. Even if the person has moved out of the home to a safe-house or other location, the abuser knows that he or she will likely continue to report to work.

Encourage your staff members to use your Employee Assistance Program and to seek out other sources of support. Be alert to signs of stress, agitation, worry, increased absences and deterioration of work performance. While an employee may not want to disclose much information in such circumstances and is likely to underestimate or downplay the seriousness of the situation, it’s important to let him/her know of your concern and availability. If you have reason to believe the person is in danger, you will need to intervene and discuss your concerns with the employee and your threat assessment team or law enforcement. You must act to protect not only the victim, but others in your workplace as well.

A number of theories about preventing violence have made their way into the media over the past few years.

When I teach about violence threat assessment, we discuss the distinction between dangerousness as a trait and making a prediction that violence is likely to be perpetrated by a specific individual. We also talk about what threat assessment is and what it isn’t: it’s about preventing violence rather than predicting it.

The American Psychological Association has posted a series of scholarly articles on the prevention of gun violence. The following excerpt is from a more extensive article written by Dewey Cornell, PhD, and Nancy G. Guerra, EdD, and addresses this topic.

“Research has moved the field beyond the assessment of “dangerousness” as a simple individual characteristic applicable in all cases to recognize that predictive efforts must consider a range of personal, social, and situational factors that can lead to different forms of violent behavior in different circumstances. Moreover, risk assessment has expanded to include concepts of risk management and interventions aimed at reducing risk

In making predictions about the risk for mass shootings, there is no consistent psychological profile or set of warning signs that can be used reliably to identify such individuals in the general population. A more promising approach is the strategy of behavioral threat assessment, which is concerned with identifying and intervening with individuals who have communicated threats of violence or engaged in behavior that clearly indicates planning or preparation to commit a violent act. A threat assessment approach recognizes that individuals who threaten targeted violence are usually troubled, depressed, and despondent over their circumstances in life. A threat assessment leads to interventions intended to reduce the risk of violence by taking steps to address the problem that underlies the threatening behavior. Such problems can range from workplace conflicts to schoolyard bullying to serious mental illness. One of the most influential threat assessment models was developed by the U.S. Secret Service (Fein et al., 2002; Vossekuil, Fein, Reddy, Borum, & Modzelski, 2002) and has been adapted for use in schools, colleges, business settings, and the U.S. military.

The limited ability to make accurate predictions of violence has led some to question whether prevention is possible. This is a common misconception, because prevention does not require prediction of a specific individual’s behavior. For example, public health campaigns have reduced problems ranging from lung cancer to motor vehicle accidents by identifying risk factors and promoting safer behaviors even though it is not possible to predict whether a specific individual will develop lung cancer or have a motor vehicle accident (Mozaffarian, Hemenway, & Ludwig, 2013). A substantial body of scientific evidence identifies important developmental, familial, and social risk factors for violence. In addition, an array of rigorously tested psychological and educational interventions facilitate healthy social development and reduce aggressive behavior by teaching social skills and problem-solving strategies. It is important that policymakers and stakeholders recognize the value of prevention.

Prevention measures also should be distinguished from security measures and crisis response plans. Prevention must begin long before a gunman comes into a school or shopping center. Prevention efforts are often conceptualized as taking place on primary, secondary, and tertiary levels:

* Primary prevention (also called universal prevention) consists of efforts to promote healthy development in the general population. An example would be a curriculum to teach all children social skills to resist negative peer influences and resolve conflicts peacefully.

* Secondary prevention (also called selective prevention) involves assistance for individuals who are at increased risk for violence. Mentoring programs and conflict-mediation services are examples of such assistance.

*Tertiary prevention (also called indicated prevention) consists of intensive services for individuals who have engaged in some degree of aggressive behavior and could benefit from efforts to prevent a recurrence or escalation of aggression. Programs to rehabilitate juvenile offenders are examples.”

I believe we need to focus on prevention, and be prepared to mitigate harm if those efforts are not enough. If you’d like to learn more, simply click here.